Well, we are blessed to be associated with a country like India. They are the most sacred places belonging to various religion giving importance to each of them. If you plan to visit places in India then here is the list of must visit temples that you should definitely have a look at. Each temple has its own significance and we are more fortune to get associated with them. The land of diverse culture along with potpourri of religious beliefs which has also witnessed the rise of temples. These temples not only proud to be the destinations to seek the solace at the feet of God but even to the vision of the believers. Now letters have a check on some of the richest temples situated in India.

Padmanabhaswamy Temple located in Kerala is definitely one of the richest and most spoken Temple in India. It is exactly located in Trivandrum which is the capital of Kerala. Here Lord Padmanabhaswamy is worshipped as the one and only God who is said to have a wealth of around $20 billion in six vaults of Gold. It is too good to be true that this temple is not only India’s but also the world’s richest temple. Dravidian style architecture makes the temple to be famous along with the treasure that has been reported in the temple along with antique gold ornaments, diamonds and many other precious jewelries studded with Emerald and Diamonds. 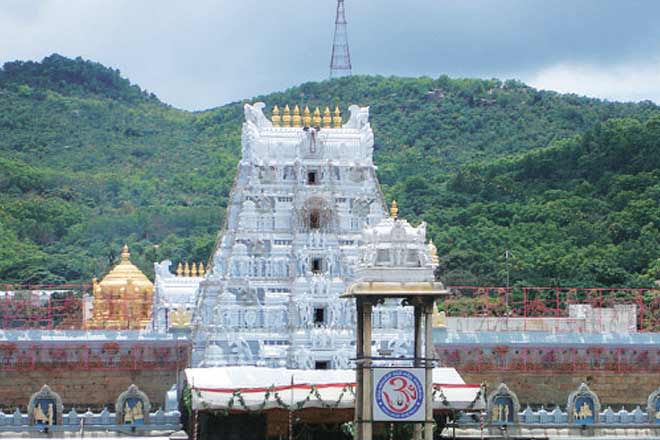 Located in Tirupati, Venkateswara temple is one of the most famous and well visited Temple in India. More than 100 thousand visits the temple everyday and during Utsav and special occasions the number make also get double. You will be surprised to know that the temple is also said to have gold reserves and 52 tonnes of gold ornaments which costs up to Rs 37,000 therefore it is known as one of the richest and holy temples. Here Lord Venkateswara is worshipped where the temple is also a landmark for Vaishnavite temple situated in the hill town of Tirumala in Tirupati in Chittoor district of Andhra Pradesh, India. Golden Temple located in Amritsar, Punjab is one of the famous temples for the Sikh community. The temple is also known as Harmandir Sahib or Darbar Sahib which attracts people from various places due to its beautiful architecture made of gold. And of course the golden temple is well known for its golden dome with an architecture that is designed with both gold and silver finish. The Guru Granth Sahib, the 11th Guru of the Sikhs, lies literally at the heart of worship in this Temple. The one of the specialty of this temple is its kitchen is one of the Mega kitchens in India. Daily 50000 devotees visit the temple and offer their prayers. Searching for the best vist places in north India undoubtedly Shirdi is one of the best places as it is well known for its miracles. This is one of the main reasons why most of the people in India, often visit Shirdi Sai Baba Temple located in Mumbai. Perhaps this is considered as the third richest temple as it receives lots of donations annually. It is often visited by people belonging to various religions where the ideal of Sai Baba is decorated with gold and silver jewelry which is approximately Rs 32 crore and silver coins worth more than Rs 6 lakh. Vaishno Devi Temple located in Jammu and Kashmir is well known as the richest as well as the oldest temple in India. Goddesses Vaishno Devi is worshipped here where people from various places all around the world. People offer prayers, believing that the Goddess truly divine and spiritual. The revenue of the temple has been increasing year by year. And now the temple receives an annual income of about 500 crore with more than 8 million people visiting the temple annually.

Every year the Siddi Vinayaka temple situated in Mumbai is worshipped by 2 lakh devotees. And at the same time, it is one of the richest temples with annual revenue of more than 120 crores. The idol of Lord Ganesha is made of 3.7 kg gold. Perhaps this is well known as the temple of the elephant God, which is also the first place where many devote will go to the temple before they could take any serious decisions in their lives. The temple is often visited by celebrities and famous figures which has a history of many years. The Madurai city is famous for one of the richest temples so called Meenakshi Temple that is often a place for various other temples. Every day more than 15000 people visit the temple and Worship the goddesses Meenakshi. The Meenakshi Tirukalyanam festival is the festival celebrated here over 1 million people visit the temple during this special occasion. The temple is known as one of the richest as it receives an annual income of about 6 crores. Also known as Puri Jagannath temple is often visited by people all around the world. It is one of the most important Hindu temples that is dedicated to Lord Jagannath a form of Lord Vishnu. It is often an important pilgrimage destination for Indians. As per the report that has been published in 2010 it has been suggested that the Bank deposit of this temple was estimated to be more than 150 crores. The temple is visited by 30,000 devotees every day and is often adorned with 209 kg of gold. Located on the bank of holy river Ganga, the Kashi Vishwanatha temple is worshipped by people all around the world. The temple is dedicated to Lord Shiva, which is well known as one of the richest temples in India. And of course the beauty of the town Sarnath is immersed in rich culture and an intriguing history of the temple. It is said that the temple receives 6 crores of annual income and is the most celebrated religious travel destination. The Kashi Vishwanatha temple is considered as one of the 12 Jyotirlingas of India, which organ receives a large number of tourists from various places all around the world. 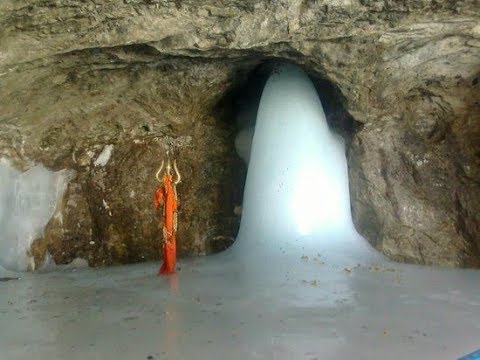 Amarnath cave is a Hindu shrine located in Jammu and Kashmir, India. Lord Shiva is worshipped here where more than 2.5 lakh people come and offer their prayers every year. The rich natural, religious, festive and creative heritage is sporadically pervaded in every nook of country from Kashmir to Kanyakumari. Amarnath cave believed to be 5,000 years old making it one of the oldest as well as the richest temples in India. This is known as a holy cave where and ice Shiva Linga is formed every year with two smaller ice blocks. The Sabarimala temple situated in the Periyar tiger reserve is often one of the most visited richest temples in India. Lord Ayyappa is worshipped by more than 45–50 million devotees every year. And it is considered to be one of the largest annual pilgrimages in the world. Eventually, that Temple has been going to be a number which often made the Sabarimala shrine, one of the richest in the country. It has an annual revenue of Rs 132 crore every year. As per the former Chief Secretary of Kerala C.P. Nair, the state earns Rs 2,500 which is considered as one-fourth of the Kerala’s annual plan. The Somnath Temple is located near Veraval in Saurashtra region of Gujarat. The temple has significant background which has been demolished almost 17 times due to its massive reserves of gold and silver. Even till today, the temple is said to be one of the most famous as well as the richest in India. In addition to that, it also has beautifully designed architecture along with religious significance that makes it a best place to visit. Every year the temple receives lots of donations apart from that there are thousands of people who visit the temple on the daily basis. Even though there are many temples in Kerala Guruvayurappan Temple located near Kerala is one of the richest temples. Guruvayurappan Temple is dedicated to Lord Krishna and the temple is often known as Dwarka of South India. Approximately 5 to 12 million people visit the temple on an annual basis so as to offer prayers. And of course the temple is known for its wealth and is one among the richest temples situated in India. It is a wide spread into 230 acres which also has richest architecture and valuable shrines. Among some of the richest temples situated in Kerala Sabarimala Ayyappa Temple, is said to be one among them with its richest heritage. Every year, more than 50 to 60 million people visit Sabarimala and offer prayers and of course this is the top of the list in terms of devotees visiting the temple yearly. Apart from that the management allows only men to enter into the temple. In addition to that the temple collects an annual revenue of Rs. 230 crore, which is much more than any other temples situated in India. Odisha is a place that is flooded with lots of temples around it. Among the search famous temples Lingaraj Temple is said to be one of the richest as well as the ancient Temple that has been built in the 11th century. This temple is dedicated to Lord Shiva, which also has Odisha’s rich maritime history. Every day 6000 thousand devotees visit the temple and the number richest 2 lacs during the occasion of Shivratri. Kalinga Architecture is one of the most spoken think regarding Lingaraj Temple located in Odisha. Ivan the terrible collects more than 2 million worth donations and receives donations in various forms as well.

Finally, these some of the most richest temples in India which have their significant importance. People who are planning to visit the most sacred can often consider this check list. The entire list significantly makes India to be one of the best places that have become most popular and richest travel destination with most sacred temples.