India is the best example of unity in diversity and we all know that Punjab is a part of diversity and versatility of Indian culture. Punjab is a true cradle of Indus Valley Civilization. This state has its own culture and ancient festivals which are celebrated here with great enthusiasm and pomp. Punjab also celebrates our national festivals and with its own great culture, it increases the pride of this country. Festivals of Punjab are a beautiful part of the composite culture of India. The excitement and joy of this state make one fall in love with its ancient and cultural traits.

Just like other states, Punjab celebrates its cultural festival with great joy and it every festival of this state have some or other religious legends associated with it. Every cultural festival of this state has its own energetic dance, songs as well as food recipes. Punjabi people believe that God is the creator of us and we should approach him in a religious way. The people of this state believe that their true religious worship will be done by the deeds in such festivals. The fabulous music and folk songs attract the people and drench them to join the joy of this culture as well as its festivals. Let us explore the main festivals of this state.

Let’s talk about the festivals of Punjab This is a Winter harvest festival of Punjab and this festival is celebrated all over the state. The main fact for this festival is that it usually happens on 13th January every year when our earth is closest to Sun. Punjabi people worship Lord Agni on this day and the farmer of this state start their work with great enthusiasm. This festival comes from the name “Mohalla” which means the soldiers belonging to the Sikh army. This festival is mostly celebrated all over the state but the joy in Muktsar and Anandpur Sahib is immense. We all know that Raksha Bandhan is a festival if love between Indian brothers and their loved sisters. This festival symbolizes the love and respect between Indian brothers and sisters. In this festival, the women of this state tie a silk thread on the wrist of their brother and show her respect and love towards her brother. In return, Punjabi men promise their sister for her protection as well as they give surprises gifts to their beloved sisters. Teeyan is a festival dedicated to the women of this state. In this festival, Punjabi women perform a great dance. This festival is especially for women and it falls on a 3rd lunar day in the month of Saavan. There is also a conclusion day at this festival. Many of the times the festival is celebrated at Sada Pind.

This festival is a symbol of the win of Lord Rama over Ravana. Like any other state, this festival is also celebrated all over Punjab. It symbolizes the victory of good over evil. 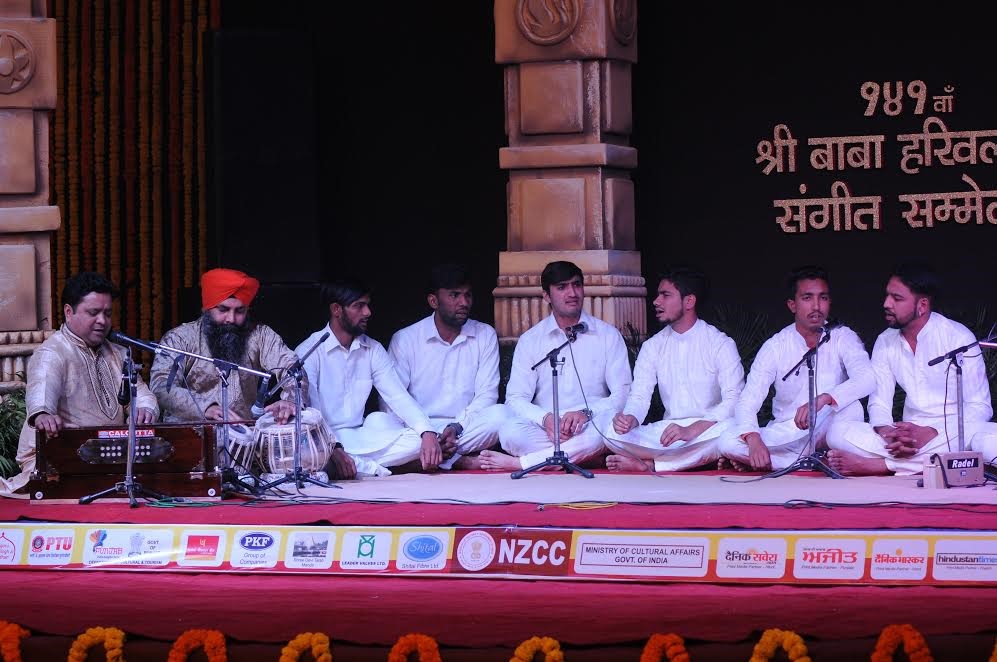 Remembering the great musician Shree Hariballabh, this festival is yearly held near his Samadhi. Many classical musicians offer their voice to recite that great music and notes. The festival of Maghi is celebrated just on the very next day of Lohri and is celebrated all over the state. This festival is much popular in the Punjabi community and on this day the people of this state take a holy dip and contributes a lot to charity. There is also a special recipe of kheer made up of Sugarcane juice. This festival is dedicated to the heroic fight of Chali Mukte and the forty liberated ones who fought and contributed their life to save the life of Guru Gobind Singh. Fairs are helping all over the state at this festival.

Thus, Punjab the land of unity in diversity and enchanting people celebrates its great cultural festivals. This state is an important part of the Indian unique culture. A country is formed not only physically and geographically but also with its culture and enhancing people. This state of  Punjab drives a big part for such great Indian culture. The essence of this state can be truly found through its cultural festivals. This state is also known as the state of 5 gurgling rivers.